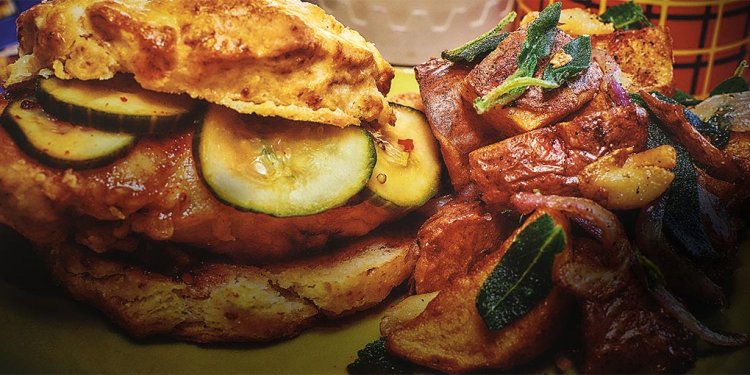 CLEVELAND, Ohio - Cleveland punk-rocker Mike Hudson remembers when the Flats used to be a scary place.

No, not when the banks of the Cuyahoga were filled with roaming hordes of frat boys and tipsy bachelorettes in the 1990s. Not a few years ago when the area had descended into an urban wasteland before the massive redevelopment that has led to more than a dozen venues opening in the last two years.

Hudson is talking about the 1960s, when the area was dark and dank and filled with warehouses and dive bars that attracted workers and sailors. These were joints like the Harbor Inn, around on the West Bank since 1895, and the Flat Iron Cafe, a favorite of the poor Irish immigrants who settled the area for almost as long.

"There wasn't anything going on down there, it was a very scary place. When we were children my father would load us into the car at night and drive us down there. You'd see open flames from gas runoff and these ear pinging sounds from the factories across the river."

Hudson's later memories are equally sonic. As a member of Cleveland punk legends the Pagans, he was a part of the seminal music scene that emerged around the Pirate's Cove club on Old River Road in the mid-1970s. Not only was Pirate's Cove significant in the development of Cleveland as a rock 'n' roll hotspot, it was the club that helped put groups like Dead Boys, Pere Ubu and the Pagans on the national map. It was also the kickstarter to the rise of the East Bank.

The Cove opened in the early 1970s in a former warehouse that housed the first business John D. Rockefeller started. The nautical name came from its location near the river and the passing ships that carried cargo from the nearby steel mills and other factories down the Cuyahoga.

It was still surround by the lumberyards and warehouses and railroads that defined the first century of the Flats when the punks began to kick out the jams.