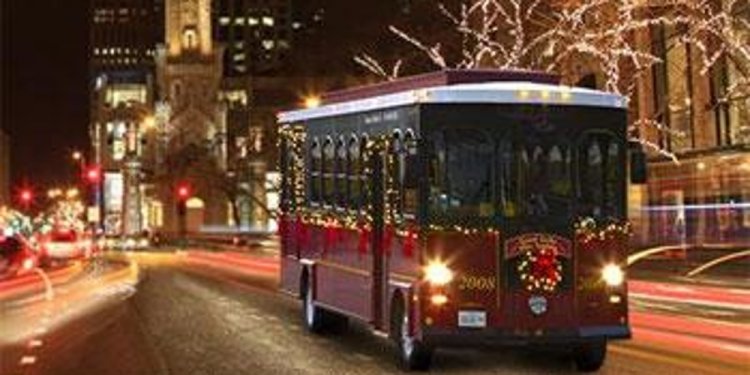 18 and up Clubs in Cleveland

-A Short History Of The Founding Year Of The Rotary Club Of Cleveland
by Leon H. Swartout, Executive Director Emeritus

When the late Leon H. Swartout became Executive Director Emeritus of The Rotary Club of Cleveland at the end of 1996, he immediately embarked upon a mission to write the history of the Club. What follows is a condensation of his account of the Club's founding year.

The Founding
Some time before 1910, Major Charles R. Miller, a prominent Cleveland attorney and a veteran of the Spanish-American War, found himself in the company of Rotary's founder, Paul Harris. They met on a train going from Chicago to San Francisco. Paul Harris told Major Miller about this new and unique club, which was now called "Rotary Club, " that he and three other young men had organized in the city of Chicago. Paul explained to Major Miller about the distinctive classification system and that each member was expected to favor other members in the club with his business. Major Miller was well respected in Cleveland and was a cousin of President William McKinley.

In August of 1910, Major Miller went to Denver, Colorado to an encampment of Spanish-American War veterans, and there he met up with an old comrade, Army Captain Chesley R. Perry. In 1908, Mr. Perrry had joined the newly formed Rotary Club of Chicago and was "on fire" for Rotary. He had been involved earlier that year as Chairman of the Extension Committee of the Chicago Rotary Club, calling together the 16 Rotary Clubs that existed at the time to a meeting in Chicago. The purpose was to discuss the formation of a National Association. As a result of this meeting, the first Rotary convention was held at the Congress Hotel in Chicago. The National Association of Rotary Clubs was formed and Chesley Perry was elected the Secretary. All of this early Rotary Global History was related to Major Miller at the Denver encampment.

During the very next month, September of 1910, Ches Perry was attending a meeting of the Perry's Victory Commission in Cleveland, and he and Major Miller again talked about Rotary. Ches went into all the details regarding the organization.

As a result, Major Miller began to build interest locally and finally asked Ches Perry to again come to Cleveland, which he promised to do. In October of 1910, Major Miller, assisted by Thomas Goss, gathered about a dozen or so men and they met for lunch in a small room in the old Chamber of Commerce building. These men set about becoming an organizing committee to form a Rotary Club. Major Miller was the acting President and Arthur E. Merkel, a patent lawyer, became the acting Secretary.

The names of the first twelve to fifteen men who were involved is a bit fuzzy in the records of the Club and in the memories of those who later commented about the meeting. Also, it seems that, to these early Rotarians, there was a mixing up of who was Ches Perry and who was Paul Harris. It is most likely that Ches Perry attended the October 1910 meeting while Paul Harris and Ches Perry both were in attendance at the subsequent December 1 organizational meeting.

18 and over Clubs in Cleveland Ohio