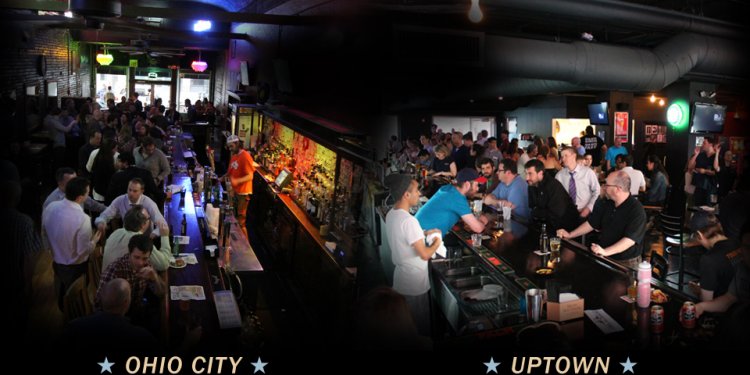 4. Re: good late night food options after the bars close

I don't think I've ever been to Steve's Lunch, so thanks for mentioning it. I noticed it when looking for 24-hour restaurants but dismissed it because I doubt if it's as close as Steelyard Commons and it's not in the best neighborhood. My guess is that Steak 'n Shake also might have better hot dogs, but reading the reviews, Steve's might have loads of "character(s), " which always entertained me in my younger years.

If you take a cab to Steve's, be certain to get the cabbie's phone number to come pick you up on a return trip. It might be a neighborhood of which cabbies are not fond.

If you like hot dogs, check out the Happy Dog on Detroit. It's in the emerging Gordon Square Arts District neighborhood not far from the Market District and Happy Dog has emerged as a Cleveland low-budget culinary destination.

For a meal in Ohio City, of which the Market District is a part, definitely check out Momocho for mod Mex. Momocho has a large patio so it can handle many more customers in good weather, but reservations are a necessity IMO. Momocho does reportedly have a good happy hour, but so do many restaurants in Cleveland.

Tremont is adjacent to the Market District and has several very good restaurants and Cleveland's most famed legacy ethnic restaurant - Sokolowski's University Inn, a Polish cafeteria, and IMO an especially great place for lunch if you want to get a feel for "Old Cleveland." Tremont once was inhabited by immigrants who supplied the labor for the steel mills, refineries, etc. in the Flats. A couple of its landmarks were featured in the Vietnam War classic movie "The Deer Hunter."

Check out Tremont's Lolita or Parallax for a good happy hour. The Velvet Tango Room in Tremont, a very short distance from the Market District but not a good walk at night, is reportedly one of the best cocktail lounges in the U.S., best visited after 9 p.m. when there is entertainment. It has no signage, in keeping with its speakeasy image (I don't believe it ever really was a speakeasy; my understanding is that it was a barber shop in the 1930s, but I'm not an authority on the subject). The following article already is dated, but it does mention the Velvet Tango Room.

Back to Steve's. It sounds like one of Cleveland's legacy neighborhood ethnic restaurants that has managed to adapt and survive as the neighborhood greatly changed and evolved.