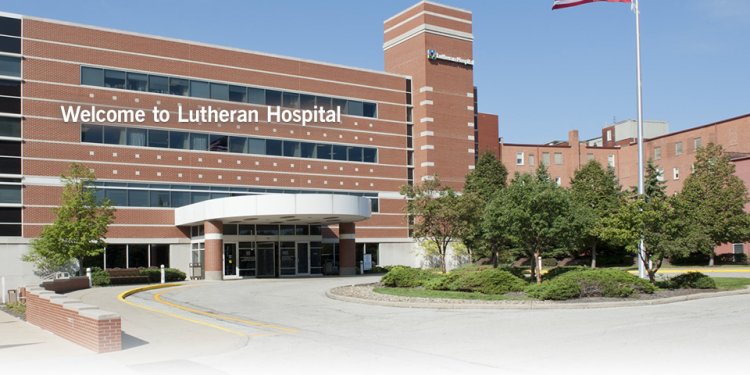 CLEVELAND, Ohio - Cleveland-area hospitals are renowned for their treatment of heart disease, cancer and an array of other complex medical problems. But a new study indicates they are struggling with something more fundamental: preventing infections.

The Cleveland Clinic and University Hospitals both received spotty marks in the study released today by Consumer Reports, with some of their hospitals faring poorly compared to other facilities across the country.

The study, which ranked 3, 000 hospitals nationwide, reveals that some Cleveland Clinic and University Hospitals facilities are struggling to prevent staph infections, as well as infections associated with catheters, surgery and other equipment.

In judging the hospitals, however, the playing field is not level. The Clinic and UH tend to treat the sickest patients who have longer hospital stays, so it is more difficult to prevent infections than it is at smaller community hospitals. Consumer Reports noted in its findings that large teaching hospitals in urban areas typically do not score well in its study.

Low scores in Consumer Reports' ranking system are also relatively common. Three out of 10 hospitals nationwide received one of the lowest two scores in avoiding a bacterial infection known as C. difficile, which causes diarrhea, while four in 10 got one of the lowest marks for avoiding staph infections. Only 6 percent of hospitals scored well in both of those categories, according to the study.

Patients contract 648, 000 healthcare-associated infections a year, with about 75, 000 resulting in deaths across the United States. Such infections often lengthen stays and result in billions of dollars in added costs for hospitals, patients and insurers, according to the Centers for Disease Control and Prevention.

"This is a problem across the spectrum of places where patients go to get care, " said Dr. Arjun Srinivasan, associate director for Healthcare Associated Infection Prevention Programs at the CDC. "It's troubling that people are coming to the health care system to get better, and instead they're getting an infection that makes them sicker."

Infections resulting from medical care can cause everything from skin irritation to diarrhea to significant pain and discomfort. In many instances, the damage is far worse, causing longer-term health problems and thousands of deaths annually.

Infections are preventable through strict adherence to safety and cleanliness protocols, such as hand-washing, careful cleaning and use of medical equipment, and more targeted use of antibiotics. Using antibiotics in a more precise way helps to prevent the emergence of so-called "superbugs" that are resistant to treatment.

The Consumer Reports study relies on data reported by hospitals to the Centers for Disease Control between October 2013 and September 2014, the most recent data available at the time of the report.

Shannon Phillips, associate chief quality officer at Cleveland Clinic's main campus, said the hospital has instituted a program for safety monitoring and cleanliness, and has seen improvements in recent years. She noted that its performance on bloodstream infections - 48 percent better than the national baseline - is significantly better than it was a few years ago.

University Hospitals Case Medical Center scored above the national baseline in four of five categories, but below the baseline in avoiding C. diff infections. Some of its other hospitals fared considerably worse. For example, Ahuja Medical Center in Beachwood scored below the baseline in avoiding staph and C. diff infections and received the lowest score, 100 percent worse than the national baseline, in its prevention of catheter urinary tract infections.

Dr. Robert Salata, medical director of infection control and prevention at UH, said he leads a committee at University Hospitals that establishes protocols for preventing infections and monitors compliance. He noted the hospital system has a software system that measures infection levels in real time and long ago developed a strict protocol for antibiotic use.

"You have to have a dynamic view of this, respond with changes, and make sure those changes are working, " Salata said. He also noted hospitals that previously struggled with infections, Ahuja Medical Center and Geauga Medical Center, were put on performance plans and have since shown improvement.

"Both of those hospitals have rates of infection that are infinitesimally smaller at this point in time, " he said.

Some local hospitals fared well in the study. MetroHealth Medical Center in Cleveland scored above the national average in four of five categories. It scored worse than other hospitals in preventing catheter associated infections.

"The trick is getting a high level of consistency in adherence to protocols, and that gets infections down to a pretty low level, " Connors said. He said the hospital has focused on hand-washing, careful cleaning of equipment and patient rooms and using gowns, gloves and masks when treating patients for serious infections.