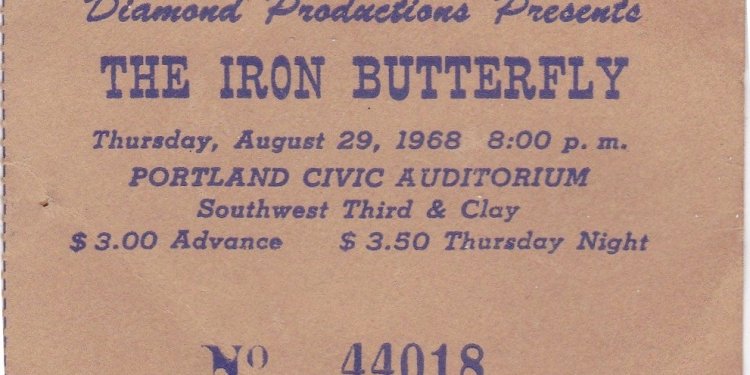 Cleveland Public LibraryAn audience inside the Musicarnival tent in Warrensville Heights watches a performance of 'Li'l Abner' in August 1959. The theater-in-the-round presented classic American musicals from 1954 to 1965 and then imported touring productions, variety shows headlined by stars and rock groups, until closing in 1975.

You got nothing to hit but the heights!

Susan Johnson, acclaimed on Broadway in Frank Loesser's "The Most Happy Fella" and other shows, sang those prime Stephen Sondheim lyrics as Rose in the 1962 production of "Gypsy" at Musicarnival, the summer musical-theater festival Cleveland impresario John L. Price Jr. ran from 1954 to 1975 under a tent next to Thistledown Race Track in, yes, Warrensville Heights.

For decades, performances of classic American musicals at Musicarnival have been distant memories for many who flocked to the theater's high-quality productions.

But now, thanks to Price's resourcefulness and meticulous work by a team of musical-theater experts, the shows Musicarnival mounted during its so-called "production years" (1954-65) soon will be available for the world to hear - in Ohio and Connecticut.

Complete live audio recordings of more than 90 musicals and operettas presented at Musicarnival are being digitally restored during a four-year project that will make the performances available to visitors at the Cleveland Public Library and Goodspeed Musicals' Scherer Library of Musical Theatre in East Haddam, Conn., starting in January.

"It's as if we could hear recordings of Shakespeare at the Globe Theatre during Elizabethan times, " says Bill Rudman, artistic director of the Cleveland-based Musical Theater Project, which the Cleveland Public Library engaged to supervise the restoration process.

"In the '50s and '60s, musical theater was the thing to do. There was an electricity in the air."

The electricity is palpable on the full-length Musicarnival recordings restored thus far and transferred to compact discs. The 1958 season - including such beloved works as "Guys and Dolls, " "Annie Get Your Gun, " "Finian's Rainbow, " "Show Boat" and "The Most Happy Fella" - has been transferred, restored and edited by Rudman and recording engineer Mark Logies, who are gradually working on the other 11 seasons.

Until they began their Musicarnival journey, it wasn't clear to Rudman and Logies that the performances were listenable or transferable. For years, more than 300 fragile 7-inch reel-to-reel analog tapes of the shows sat in boxes, first at Price's home (minus climate control) and then in the John L. Price Jr. Musicarnival Archives at the Cleveland library.

Along with the tapes, the Musicarnival archives include 33, 500 slides, 12, 000 photographs, 32 scrapbooks and a slew of props and other materials that founder-producer Price amassed during his theater's 22 seasons in Warrensville Heights and seven in Palm Beach, Fla.

"He's always had this eye to posterity, " says his eldest daughter, author Diana Price. "He never thought it through. He's just a packrat."

Aside from the treasure trove of musicals brought to life by top professionals in the field, what makes the Musicarnival story so intriguing is the fact that impresario Price - who, at 92, lives in an area nursing home - never let on he was taping the performances.

"Either he pushed the button or his close confidant did, " says Diana Price, who appeared in several of her father's Musicarnival productions as a youngster. "The tape recorder was behind a door and hooked up to the sound system. The cast didn't know, the orchestra didn't know, the staff didn't know. It was totally illegal."

Which is partly why the tapes gathered dust for so long. To make sure authors, actors, directors, musicians, designers, stagehands and others wouldn't suddenly rush out of the copyright woodwork, project officials turned to Michael P. Price, executive producer of Goodspeed Musicals, which became a collaborator.

Diana Price calls the Goodspeed producer, who knew her father well, the "kingpin" of the project. It became reality "because of his unbridled enthusiasm, " she says. "All he wanted was a set of the materials."