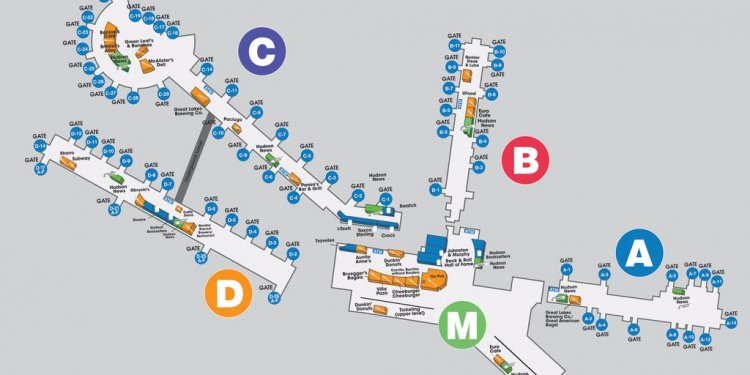 Cleveland-Hopkins International Airport CLE is the biggest airport in Ohio and serves the Cleveland metropolitan area. CLE Airport is situated approximately 9 miles to the southwest of downtown Cleveland. It opened in 1925 as the first airport to be owned by a municipality. In 1951 it was renamed in honor of city manager William R. Hopkins.

Located just south of I-480 and to the west of I-71, CLE Airport has a variety of parking options including economy, short-term, long-term, garage and valet. Cleveland-Hopkins International Airport consists of a main terminal and four concourses (A, B, C, D) with 67 gates, all connected via walkway. There are 7 airlines that fly in and out of CLE serving several international and domestic locations.

At Cleveland-Hopkins International Airport there is an array of quick service and full service dining options, ranging from Great American Bagel to Quaker Steak & Lube. Whether it is books and magazines on your list or clothing and accessories MSP has you covered with options ranging from Hudson News to Johnson & Murphy. In terms of services there are currency exchanges, ATMs, salons, shoeshine and even a Massage Bar.

Getting to and from CLE International Airport has never been easier with public transit covering buses and light rail. Take the RTA’s Red Line to downtown Cleveland. If looking for additional modes of transport there are taxis, limousines, vans, car rentals and shuttles available. If staying over at Cleveland-Hopkins International Airport there is 20 nearby hotel and motel options including the Sheraton Cleveland Airport, the Days Inn Airport and the Airport Plaza Hotel.

Things to do in Cleveland for free