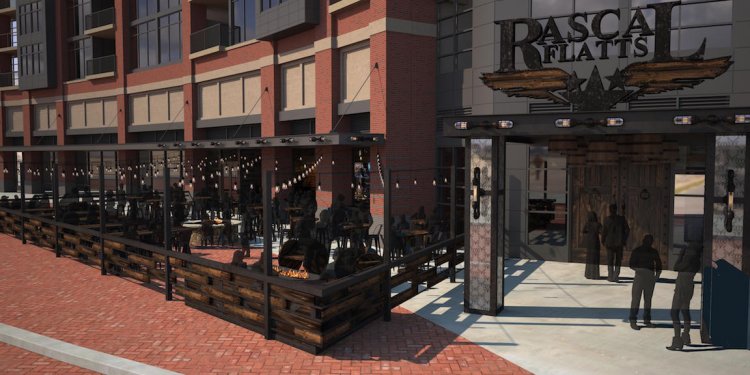 The last time I ventured into Old Brooklyn to eat was back in 2009. The restaurant was so unremarkable that I barely wrote about it and completely forgot about the entire experience—until I walked into Drink Bar and Grill. That's because the restaurant—located in the old Theo's spot on Pearl—is precisely where I had my last Old Brooklyn meal.

Residents of this wonderful Cleveland neighborhood get short shrift when it comes to dining options, so when I heard that there finally was a joint worthy of a visit I didn't hesitate to check it out. Opened two months ago by Brooklyn High grad Brian Ochs, the Drink is a huge improvement over previous tenants. The top-to-bottom redo of the space calls to mind lounges like Lava, which always look and feel better long after dark.

"When I first walked into the space I thought it was really interesting and had lots of potential, " Ochs told me on a follow-up call. "I think we fill a dire a need over here. I live a few streets away and there's never been many places that really interest me. If this place were here it's the type of place I would hang out at."

As the name implies, the Drink puts the bottle before the beef. Ochs wanted to open up the kind of place where friends and neighbors could come for drinks and stay for a bite to eat. And he's given them plenty of reasons to do both. Bartenders—depending on which one you get, I learned after two visits—whip up some mighty fine classics like Old Fashioneds, Negronis, and Sidecars. The food, while far from cutting-edge, is well-made, well-priced and tasty to boot.

We'll forgive the misclassification of items like hummus, wings and nachos as "small plates, " especially after devouring half of the "small plates" menu. Those nachos ($8) are arranged with an artist's care, with nary a tortilla chip overlapping its neighbor. They're topped with an even layer of cheese, salsa fresca, black olives, scallions and Southwest seasoning. A precise drizzle of sour cream from a squeeze bottle obviates the need for dipping.

The most creative starter of the bunch is the pork belly lettuce wraps ($7). Crisp and cold mini romaine leafs are filled with thin-sliced belly, plain white rice, scallions and a dollop of fermented black bean paste, which pairs brilliantly with the belly. The least creative starter is the bruschetta ($6), thin slices of barely toasted Italian bread topped with tomato, unmelted shredded cheese and fresh basil.

Like the space, much of the food attempts to come across as being fancier than it really is. Artfully dribble sour cream on the outside of a quesadilla and it's still just a quesadilla. Granted, it's fine representation ($8.50) – crispy griddled tortilla filled with chicken, bacon, onions, cheese and a spicy ranch dressing. Buffalo chicken tacos ($9) combine the flavors and textures of Buffalo wings – chicken, hot sauce, blue cheese and celery – and jam them all into (thick, cold) flour tortillas.

I'll tell you what: the Drink has something going with its bulgogi burger ($9), a ridiculously delicious hamburger that tastes like Korean barbecue in a bun. It's sweet and garlicky and salty, and it's topped with tart and crunchy pickled radish and a slather of hoisin aioli. The bar's onion rings ($5) also seem to have an Asian bent owing to a thin and uber crispy shell that comes close to finely executed tempura.

Come during happy hour—4 to 7 p.m. Monday through Saturday—and you can enjoy those classic cocktails for $6 instead of $9, drafts like Stella and Great Lakes for $4, and various starters for $5.

Despite having two months under his belt, Ochs says many improvements are yet to come. He's in the process of hiring a chef to update the menu and add daily entrée specials. Live jazz on the weekends and proper signage, too, are in the plans.