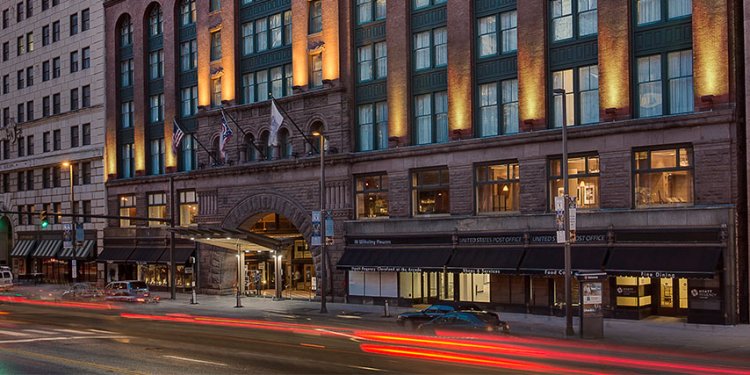 Places to Eat in Downtown Cleveland

To read about it, Cleveland appears ready for its close-up for the Republican National Convention this month. Downtown’s Public Square — 10 acres of green park — just reopened, following an investment of 15 months and $50 million. Nearby, a new Hilton added 600 rooms to the city’s inventory. Local pride was only burnished with the recent NBA championship of the home team, the Cavaliers, starring LeBron James.

But how does it taste? One civic booster, the award-winning chef Jonathon Sawyer, likens the food scene to those in Charleston, S.C.; Nashville; and both Portlands (Maine and Oregon). I wouldn’t go that far, having recently taken a big bite out of Cleveland, although I can vouch for wonderful urban farms, a passion for suds and restaurants emerging from former no-dine zones. (If you spot the local treasure, walleye is the way to go on a menu.)

One missing ingredient: good service. With a handful of exceptions — the upscale Edwins, the happy-go-lucky Mabel’s BBQ — most of the places I tried treated this anonymous diner as if I were invisible. At the trendy Butcher and the Brewer, I sat for several long minutes before any of the five faces behind the epic but unbusy bar bothered to make eye contact. At Alley Cat Oyster Bar, I was asked three times by three waiters if I was ready to order. One foot into an otherwise genial Nate’s Deli, I was hit with “Can I help you?” — from a woman shouting from a booth in the back. And so on. (A local cab driver had no idea where one of the city’s oldest and most beloved institutions, Sokolowski’s University Inn, dished out Polish fare.) Suffice it to say, Cleveland hospitality polls “low energy, ” to borrow a phrase from Donald Trump’s library of insults..

The city’s recent uptick in restaurants is partly to blame, says chef Zack Bruell, an observer of the scene since the early 1980s. “All of a sudden, the labor force has been stretched to capacity.”