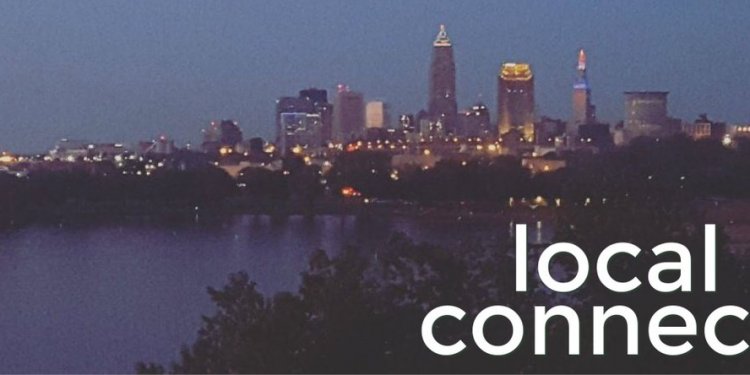 The Flat Iron Cafe was established in 1910, serving the Irish Community of Cleveland that was well established on the banks of the Cuyahoga River. The building, which was formally a four story hotel, had a fire in the late 1800's in which the top two floors were destroyed, leaving the building at its current two levels. The first floor was used as a blacksmith's shop and the rooms on the second floor were used as lodging over the years by the sailors and longshoremen working on the lakes.

When the building was turned into an Irish Cafe in 1910, the upstairs was still used by sailors and the proprietors of the Flat Iron over the years. Many Irish families have owned and operated the Cafe for a number of years. Izzy Cohen, who operated the Cafe for some 20 years, made famous the staples that are still served to this day: Meat loaf and mashed potatoes on Monday, corned beef & cabbage on Wednesday, and the great Lake Erie Yellow Perch every Friday. The service was cafeteria style.

Everyone would grab a tray, get in line, and Izzy would serve you an amount of food according to your size. The Cafe was very popular throughout the 1950's, 60's, & 70's. Longshoremen, pipe fitters, iron workers and other tradesmen mixed it up with lawyers and businessmen from downtown, meeting for lunch, dinner, or shots and beer at the 30' long bar. All the tables were stretched end to end, so you would be sitting down next to anybody that could happen in. In the early 80's, boaters and young executives opened the eyes of local restaurant and night club owners of the need to find some night life. As a result, the area called the FLATS was refurbished.

In the fall of 1988, the current owners closed and remodeled, utilizing the upstairs for more dinning and a smaller bar. The downstairs was cleaned up and the old bar was refinished to keep the old charm of the Flat Iron. Table service replaced the old cafeteria style, the menu was expanded, but the old staples are still found throughout the week. Banquet facilities are now available. The management purchased a shuttle bus to transport groups around the local downtown area to and from the Cafe for lunch or dinner.