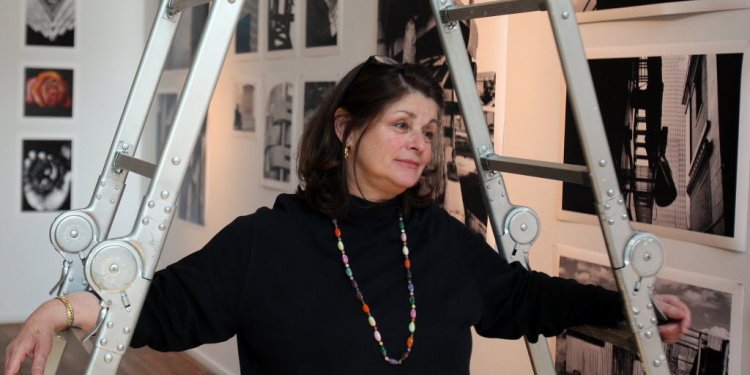 CLEVELAND, Ohio - What irony! The Cleveland School of the Arts is enveloped in a real-life drama:

Act II of our story finds the school's Main Campus contented in temporary lodging at the former Harry E. Davis Junior High. The campus, for grades six through 12, is supposed to remain there for about three years while its dungeon-like space in University Circle is demolished and replaced with a sparkling new home.

The thought of shifting, even temporarily, from a busy, prestigious area like University Circle to a tough, down-and-out neighborhood near East 107th Street and Superior Avenue jangled nerves. But when the staff and 600 students moved in two months ago, angst quickly faded.

Harry E. Davis is roomier than the old campus, a former elementary school converted to a citywide magnet program during the desegregation era. And it's far brighter than a building where senior class president Derrick Holifield says reading was difficult even in the library.

The former junior high's best feature is its auditorium, with a stage and spacious seating bowl, something the Main Campus never had. At last, the arts school can do away with repeating concerts on three consecutive nights in an undersized gym so all families get to attend. Finally, it has all-student assemblies.

But the thrill may not last, even in a new School of the Arts that could cost more than $30 million.

The modern facility will absorb the arts school's East 61st Street Lower Campus and hold up to 1, 000 students from kindergarten through high school. But it may lack an auditorium.

The state, which is funding two-thirds of the construction costs, will pay only for large spaces that offer multiple uses - for example, a cafeteria that also hosts student and parent gatherings. The district says it can't take on an item that may top $2 million.

District officials have left open the possibility of adding an auditorium if the Friends of the School of the Arts can raise the money. The Friends are committed to the project, causing some teachers and others to fear that the school's longtime patrons will abandon their support for programming.

The nonprofit group, hurt by the down economy, has tightened its belt. The cuts made news in late spring, when strings orchestra director Dianna Richardson, a Friends employee, received a layoff notice in the middle of a class. The district, which employs the rest of the school's staff, intervened and hired her as a consultant.

Balancing construction and operations will be tough in times like these, new Friends president David LaRue said. But he has assured teachers and school supporters that the group will try.

"Being a real estate guy, it's never the building, " said LaRue, a Forest City Enterprises executive. "It's what the building is going to be used for."

For now, let the adults worry about money. Cleveland School of the Arts students will continue to pursue creative passions without enduring the scorn of their peers on the street. They also are successful in academics, earning the school a rating of "excellent, " the equivalent of an A, on its latest state report card.

Richardson's strings orchestra filled the stage at October's "Arts Friday, " dressed head to toe in black. Made possible by the auditorium, the monthly gatherings showcase the school's specialties for students and give them a chance to practice audience decorum.

"This is not a pep rally; this is a strings concert, " Antonious Bragg, social studies chair and the morning's master of ceremonies, told the crowd. "There is an etiquette to a strings concert. Light applause and 'bravo' are more than adequate."

The students behaved well, but stretched the definition of restraint, giving throaty ovations after selections and buzzing approval as a medley of Motown pop classics began.

Richardson detected a missed note here and there. But given the early point in the school year and the difficulty of the compositions, she was pleased.

"They played with so much spirit. To me, that's the most important part, " said Richardson, principal bass for the Cleveland Chamber Symphony. "They were showing their fellow students that they love what they do."

"If you play strings, they'd think you're trying to be a chump, " Demetrius said.

Seventh-grader Arvid Danielson of Cleveland's Collinwood neighborhood transferred to the school this year because his music teacher said it would be a good place to continue learning the bass. Arvid, a smallish 12-year-old with mop-like hair, is among a modest number of white students at the Cleveland School of the Arts. But he has found more acceptance there than he did at his mostly white Catholic school in Euclid.

"The kids at my old school were mean to me, "said Arvid. "Kids here are way nicer."

School of the Arts students are not angels, Walton said. They are just typical children searching for a place where they can, as she puts it, "find their voice."

Cleveland School of the Arts