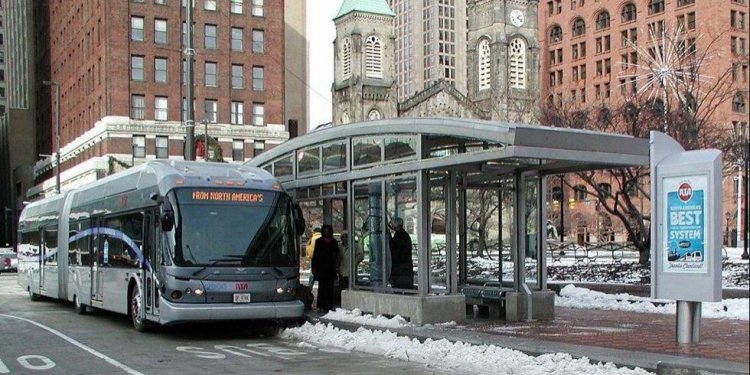 From cuts to state funding to budget shortfalls to looming revenue stream problems, transit agencies like the Greater Cleveland Regional Transit Authority have been forced to cut service and raise fares.

"What we have in Cleveland is not unusual. I think most people realize it could better, " said Joe Calabrese, CEO of RTA.

That's why some in the industry see a multi-county public transit system as a possibility for the region.

"I think there are enough similarities between the geography, the economies and outward migration that a regional transportation system like that of Chicago may very well be feasible here, " said Gallucci, who for five years was the deputy executive director and CFO of the Regional Transportation Authority of Northeastern Illinois - the financial and oversight body for Chicago's three transit agencies.

In Chicago, there are three agencies - Chicago Transit Authority, providing mass transit in the city; Pace, a suburban bus service; and Metra, the commuter rail service - that operate under one umbrella and serve the six counties in the area.

Imagine, for instance, RTA adding a commuter rail line to serve outlying residential hubs, while still maintaining its bus and rail service in Cuyahoga County. Laketran could take over Paratransit services; and another system could handle suburban bus service.

"I think it not only could work, it should work in Ohio, " said Calabrese about a multi-county transit system. "Things like that don't happen unless there's a need because it feels like a loss of control...In many ways, I think the benefits would be much greater than any loss of control would be."

A move toward regionalism already occurred in Cuyahoga County once, in the 1970s when RTA was established. The Cleveland Transit System had been cutting service, raising fares and laying off workers before a regional, sales tax-backed RTA system was established that incorporated the suburban bus systems.

Times now are not so different.

This year, RTA cut service and hiked fares to plug a $7 million hole in its budget. And it faces even deeper cuts in 2018.