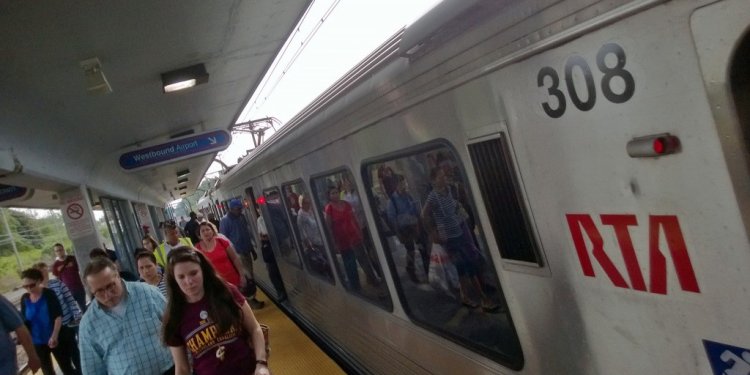 Why go to Ohio City?

Ohio City is one of Cleveland's oldest and most charming neighborhoods. Just a stone's throw away from Cleveland, it is an eclectric mix of 19th Century Victorian architecture and thriving arts, small trendy shops, and a booming restaurant scene.

We can help you explore Ohio City

Public Square and Ohio City are connected by the Red Line Rapid Transit, which operates about 20 hours a day, seven days a week. Board at the Tower City Station, head west toward Hopkins Airport, and exit at the first station - West 25th Street - right across the street from the West Side Market.

Hop on the bus - there's plenty to choose from

Every day, RTA buses make some 200 trips from Public Square to the West Side Market - an average of one bus every 7-8 minutes. During the day, buses run more often than in the evening. If you are heading toward Ohio City for dinner or nightlife, be aware of the evening bus times for the return trip downtown. Ohio City Connector buses are on these routes - 22, 45, 51-A-B-C, 79-79A and 81.