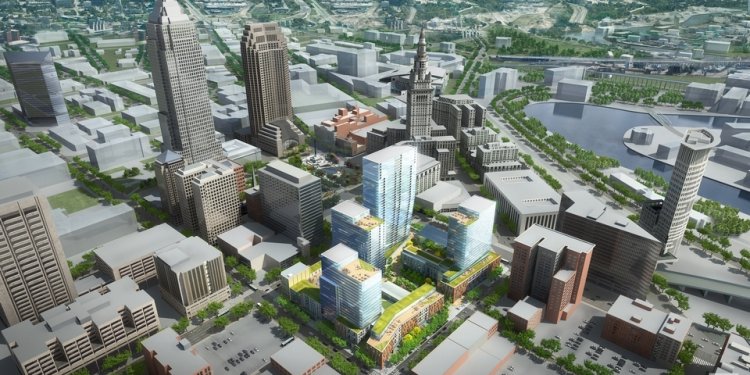 Drive Up Window
Located at the rear of the Louis Stokes Wing, across from the Cleveland Board of Education (on Rockwell Avenue, just west of East 6th Street). Super-sized service is available at the Main Library’s drive-up window. Use the drive-up window to check out and return books, magazines, and audio/video recordings — even to sign up for a library card! You can have books and other materials sent to the drive-up window for pick-up by selecting “Cleveland Public Library: Main Library Drive-Up Window” when placing a reserve in the Library’s online Catalog. Remember to telephone ahead to any of the Main Library subject departments and request that the library materials you would like to check-out be sent to the drive-up window for pick-up.

The Cleveland Public Library first opened as a “Public School Library” for the Cleveland Board of Education in 1869. It was the first large public library to allow people to select their own books directly from its bookshelves. For 56 years, the Library was in a series of temporary and rented spaces. In 1925, Main Library opened to the public in a new building designed by the Cleveland architectural firm of Walker & Weeks. The new Main Library proved to be immensely popular: The original estimate of 5, 000 daily users was soon eclipsed; by the early 1930s, more than 12, 000 individuals walked through the doors every day.

By the 1950s, the Main Library’s collection had tripled in size and the Library was short on space. In November 1957, voters approved a $3 million bond issue for the Library to purchase and renovate the six-story building that was the former location of the Plain Dealer.

The succeeding decades were difficult times for both Cleveland and its public library system. Increased migration to the suburbs led to a decline in the city’s population and resources. During this time, circulation at the Main Library and its neighborhood branches declined dramatically; from a high of 10, 374, 652 in 1932 to 3, 402, 050 in 1970. Funds for the purchase of new books and materials, as well as for the maintenance of library buildings, were decreased.

The last quarter of the 20th century has seen dramatic improvements in the Library’s fortunes. Due to the vision and perseverance of key staff and influential directors, the Library not only reversed its downward trend but became strongly positioned to meet the challenges of the 21st century. In 1975, the library built and renovated neighborhood branches while streamlining the Library’s operations. By 1981, the card catalog was fully computerized.