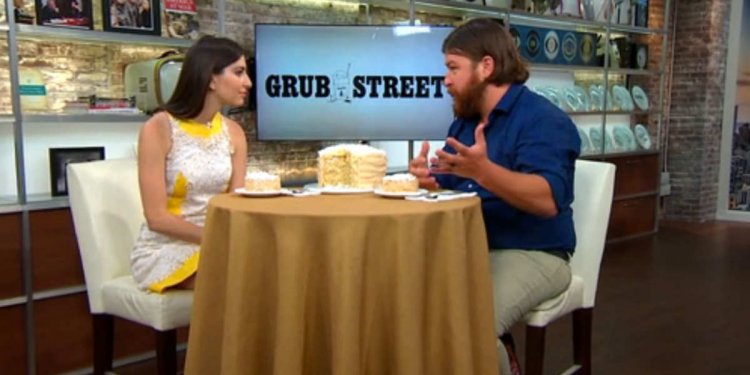 In his latest book, the world-famous food writer insists that everybody should be using veal stock in their home kitchen. He advises all meat eaters to slaughter and eat their kill once in their lives. And earlier this year, on his influential Web site ruhlman.com, he launched a withering attack on the unsuspecting chicken Caesar salad.

So you might think that this dashing uber-foodie would make his home in a culinary capital such as New York, San Francisco or even Chicago, right?

"What I love about Cleveland is that it is so eccentric, " Ruhlman says between sips of a negroni cocktail in his favorite hometown bar. "There's no other place like it. People are so quirky."

One of those quirky people is Ruhlman's friend and the nation's newly minted "Iron Chef, " Michael Symon. In a surprising upset a couple of months ago, the born-and-bred Clevelander Symon beat out New Orleans chef John Besh to claim the national "Iron Chef" title. His two restaurants in town - Lola and Lolita - are busier than ever.

But he's not the only culinary bright spot in the city.

During the last 10 years, Ruhlman says, he has seen food offerings blossom from retail to restaurants.

"Today I can pick up a few baguettes from Adam Gidlow [On the Rise Bakery] that are every bit as satisfying as the best Parisian baguettes, " he says. "I can swing by Paul Minnillo's Baricelli Inn for some raw-milk cheeses and then stop by Bob Fishman's Grapevine, where Bob picks out some incredible American wines for my under-$20 budget. All five minutes from my house. We couldn't eat better even if we were in the Dordogne, [France.] This shows the extraordinary product available even to us schmoe s in Cleveland.

"And, yes, more and more restaurants can do ambitious food because people here now demand it. What this means is that someone like Dante Boccuzzi - for five years chef de cuisine at Aureole in Manhattan - is happy to move his family back here because he can open a restaurant and serve the kind of food he did in New York."

Whoa. Is there something going on in that city that I should know about? Had Cleveland quietly become the epicenter of the Midwest food scene?

I'd never been there. Never even considered going except to visit the National Cleveland-Style Polka Hall of Fame - seriously, I used to cover polka. But suddenly it dawned on me that I might be missing out on some fabulous Cleveland-style chow.

So I called Ruhlman and asked if he'd take me on an eating tour of his hometown.

The author had been traversing the country on a book tour for his latest work, "The Elements of Cooking, " but I caught him back home on the heels of a holiday weekend.

We started the tour Friday with old-fashioned cocktails in a luxurious speakeasylike bar. And in the next 48 hours we would eat, drink, visit and shop at Ruhlman's favorite restaurants, bars and markets. In the process, I would learn that Cleveland is not the culinary backwater that arrogant Chicagoans may assume, but an affordable town full of joints we'd be lucky to have.

By the time I hit Cleveland for the grand culinary tour, Ruhlman had the routine down. Earlier in the year, his chef/writer pal Anthony Bourdain had filmed a whole episode of his Travel Channel show "No Reservations" in Cleveland. Ruhlman acted as his main guide, along with Cleveland icon Harvey Pekar and chef Symon.

In the meantime, Symon had become an even hotter commodity. So hot that Ruhlman could barely snag a table at his flagship restaurant, Lola, for Saturday night. Still, he got squeezed in - at 5 p.m.! - because, it's true, the two famous Cleveland foodies are friends. There, I said it.

This was no small matter last November when, after Symon's victory on the show for which the author served as a judge, critics wrote into Ruhlman's Web site insisting that he should have recused himself from judging.

Ruhlman, who has written a whole book on cured meats, calls the criticism baloney.

"If anything, I was harder on Michael Symon, " he says. "Because of my connection [Ruhlman profiled Symon as part of his book "The Soul of a Chef"], I was more likely to withhold good comments just because I didn't want to seem biased."

Next we poke our heads into the Great Lakes Brewing Co., in the Ohio City neighborhood, where Ruhlman brags about the Dortmunder Gold lager. It's crowded, so we head across the street to The Flying Fig for breathtakingly tender short ribs and crispy tempura green beans. Here he explains how he returned to Cleveland with his wife, Donna, after spending much of the '80s at college and working on the East Coast.

It was the lure, for the free-lance writer, of a steady job as an editor at a regional magazine. The move back was supposed to be temporary. But the draw was strong. The couple purchased a three-story, 100-year-old Victorian fixer-upper. And as with many such houses, remodeling it became a full-time job.

In 2005 Ruhlman wrote "House: A Memoir" about the remodeling largely "to explain why I live in Cleveland to my wife. We're a vagabond culture, and we give up a lot to raise families in a series of disconnected homes. This is my home, and there is a richness here that's not available to me anywhere else."

To illustrate, Ruhlman takes me to the spot in his old 'hood where, as a second-grader, he received his first kiss. Whenever he passes it, he's "transported back to that day. I can't do that just anywhere."

Taking a left turn off memory lane, we head to the groovy Tremont neighborhood for a late meal at Lolita. It's Symon's more casual spot, where we eat delicious mountains of Iowa prosciutto and Neapolitan-style pizzas washed down with cold local beer.

The next icy morning we meet at 8 a.m. to tour Cleveland's enormous indoor West Side Market. One side features greengrocers displaying colorful pyramids of fruit and vegetables; the other side of this European-style emporium is lined with rows of butchers and gourmet food purveyors. Next stop: the chilly outdoor Shaker Heights Farmers Market, where we pick up fresh eggs, oyster mushrooms and a stalk of Brussels sprouts.

Back in the handsome kitchen of his elegant Victorian house, Ruhlman effortlessly whips up mushroom omelets, home-cured bacon and reheated crusty baguettes from his favorite local bakery. Ella Fitzgerald coos on his iPod stereo and a fire crackles in his kitchen hearth as he presents two beautiful breakfast plates. Washed down with strong cups of percolator coffee, this breakfast could be my best this year.

We skip lunch, because only a few hours later we are expected at Symon's Lola for a super-early dinner. There the chef would pile on the treats with marvelous plates of beef cheek pierogi, maple-bacon ice cream, fried bone marrow, pork belly over polenta, seared sweetbreads and more. Ruhlman would blush at the lavish spread while barely containing his pride in hometown fare that could rival just about anything in Chicago.

Although he has not ruled out moving when his kids, ages 8 and 12, head to college, Ruhlman is happy to continue writing and eating from his hometown.