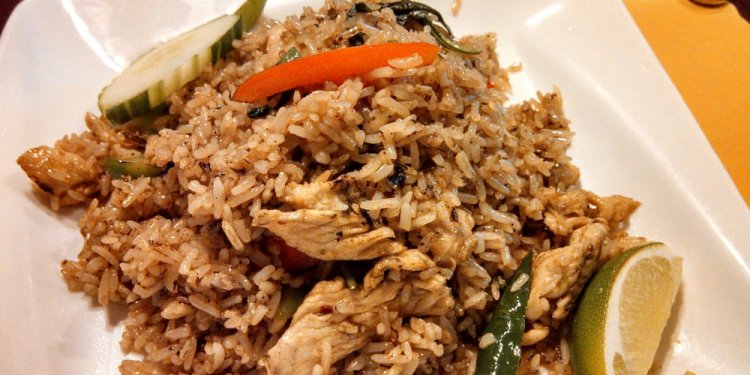 This is my go-to place for when I am feeling Thai. I've yet to have poor service, and the food has always been incredibly good! Highly recommend.

It's been a while since we've been here due to a competing Thai restaurant opening up in Van Ness. We had our food delivered and our meal was not bad, but not amazing. Ordered the steamed dumplings and crab wontons to start. Both were average-5 steamed dumplings and 5 crab wontons-why not 6 of each? Ordered a shrimp salad, which didn't even come (that's right, you forgot our son's meal!). Entrees (minus the missing salad) were the Ka Pow with pork and Drunken Noodles with pork. Again, both were average and left us hungry-1) because we had to share with our son, 2) because the rice portion included with the Ka Pow was so teeny, and 3) what happened to the protein in your dishes? Drunken noodles doesn't just mean noodles. With Thai Pad opening near the Van Ness area, I don't think we'll frequent Paragon Thai again. Thai Pad has larger portions (more meat for sure) and there is a little more creativity to the flavors in Thai Pad's dishes. For example, there are 6 steamed dumplings (really, 6 of most of their bite-sized appetizers) and they are so tasty-pork, shrimp & crab flavors really come through-Paragon Thai's just tasted like crab (and there were only 5). Thai Pad's drunken noodles have spicy peppers throughout which allow you to spice the dish up or down by eating or not eating the peppers with each bite, whereas, Paragon Thai just had an overall spicy sauce. The Kra Prow Gai Kai Dao at Thai Pad beats anything at Paragon Thai... Hands down. Plus, they haven't messed up our order since they have been open, and we frequent there more often than we care to admit. As they say, competition is good. I'd recommend Thai Pad over Paragon Thai.

I've been going to Paragon Thai for a while now, it is a good restaurant - not the best Thai place I've ever been to, but it definitely satisfies ones Thai food craving and is delicious while being affordable. I really like that there is parking outside the restaurant and that they validate parking, it's another reason why I like Paragon - it's not a hassle to get to and its feet away from the Cleveland Park metro. The decor is ok, it's a bit dark in there but the seats are comfortable and there's usually no waiting time to get in the restaurant (at least from the few times I've gone). I wouldn't recommend sitting near the entrance of the restaurant during winter time because all the cold air comes rushing in whenever someone enters/leaves the restaurant. On my last visit I ordered the green curry with chicken and it was very tasty - I usually go with the yellow curry, which is probably my fav but I was feeling a bit more adventurous this time. The curry was very good, it had chicken, eggplant, lemongrass, bell peppers, and the green curry sauce was perfect, it was served with white rice on the side. All in all, this is a really good restaurant, and it's convenience, price, parking, and location make it our go-to Thai restaurant in the area.