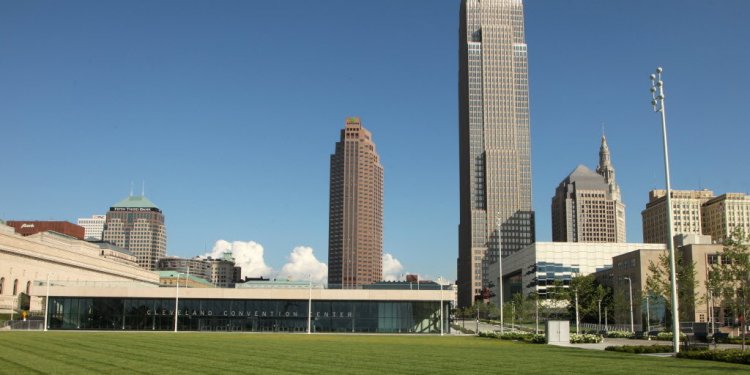 Including the addition the new FirstMerit Convention Center of Cleveland, Cleveland is quickly becoming the destination of choice for meetings and conventions. The majority of this unprecedented development is being seen in new hotel projects; a result of Cleveland welcoming 15.6 million visitors in 2012.

Westin Cleveland Downtown - 2014
To the tune of $64 million, this new Cleveland-centric Westin property recently underwent a massive transformation. Modern industrial elements and original Cleveland artwork make the 484 rooms, 20 breakout rooms equaling 20, 000 square-feet, and a 9, 000-square-foot Grand Ballroom worth every penny. And, it's a five minute walk to the FirstMerit Convention Center of Cleveland.

The Metropolitan Hotel - 2014
Classing up East Ninth Street is this Autograph Collection Marriott pulling double duty as a 156-room hotel and a swanky apartment building in what used to be the AmeriTrust Bank Building. Ironically, guests can spend money in the bank's vault, which will be converted into a high-end restaurant. All of this is not even the tip of the iceberg for The 9 complex.

Hilton Convention Center Hotel - 2016
The Hilton Worldwide brand is giving Cleveland what it has always wanted - a convention center hotel offering 55, 000 square feet of meeting space and more than 600 rooms. With prime real estate on Lakeside Avenue, the new Hilton will sit more than 20 stories high with underground connectivity to the FirstMerit Convention Center of Cleveland and Global Center for Health Innovation.

Drury Plaza Hotel - 2015
The historic Cleveland Board of Education building is projected to transform into a Drury Plaza by late 2015.

Le Meridien Hotel - 2016
A new Le Meridien will revamp Cleveland's Euclid Avenue with the redevelopment of two historic buildings by 2016.