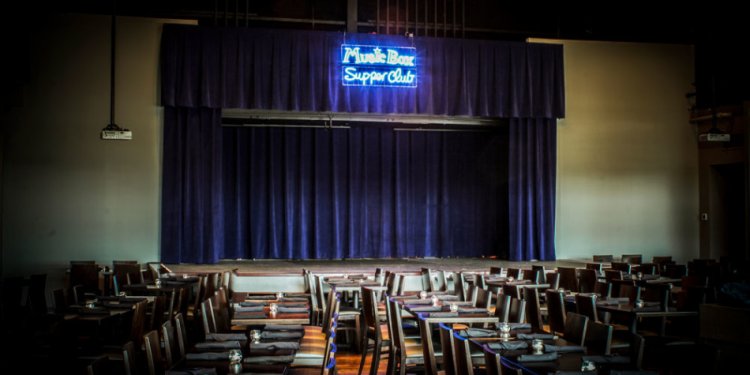 SHEL recently played on the Supper Club stage here at Music Box. These four sisters put on a great performance no matter where they go. Whether they’re in a small intimate setting or on a stage at SXSW their refreshing sound has earned them #16 […]

On June 7, 2016, we had the tremendous honor of hosting Peter Wolf on the concert hall stage. With an artist the caliber of Wolf media requests of course were plentiful. It’s the day after and we are still filtering through the many previews and reviews of the […]

Judy Collins performed two concerts here at Music Box on June 1st and June 2nd of 2016. Pete Roche of The Examiner attended Wednesday’s show and raved about Collin’s ability to truly impress her audience members. “We can only hope we possess even a fraction of Collins’ […]

March 3rd is just around the corner. With that Wednesday evening comes the show of “ax man of Jefferson Airplane and Hot Tuna” Jorma Kaukonen’s performance on the Music Box concert hall stage. This guitar hero is often revered as one of the best finger picking […]

As the flats get ready to heat up with Cleveland’s favorite music festival, Brite Winter, local favorites Honeybucket gear up for their fourth appearance at the festival. This seven year old festival was founded in the flats, but moved to Ohio City in later years. […]

Chuck Yarborough of local Cleveland based newspaper, The Plain Dealer, wrote an excellent piece about upcoming act Stephen Kellogg. With an article that discusses the importance of truth and the philosophical impact of geography on Kellogg’s new album, “South, West, North, East” Yarborough delves into the psyche […]

Monday’s sold out Ginger Baker show was an unforgettable staple in history here at Music Box. We were honored to feature one of the greatest Jazz musicians and drummers of all time. Chuck Yarborough, Pop Music Critic from the Plain Dealer helps those who couldn’t […]

Music Box is excited to have been chosen as the broadcast location when ESPN2’s highest rated daytime program – First Take — broadcasts from Cleveland during the NBA finals starting on Tuesday, June 9. The public is both encouraged and welcome to attend the tapings. […]