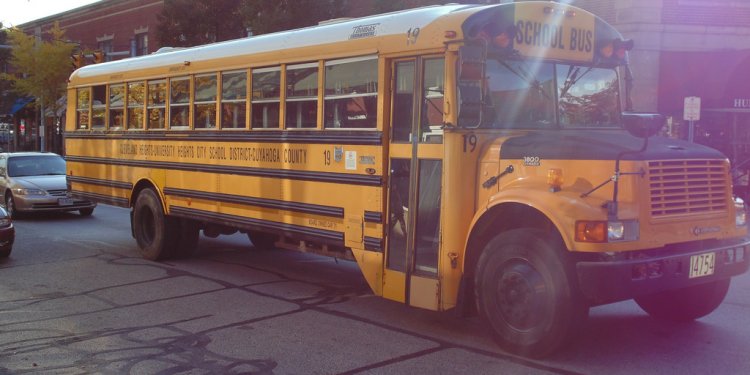 Citizens Leadership PAC says district administrative costs have sharply risen while spending on instruction has crept up only slightly, based on Ohio Department of Education numbers. Meanwhile, spending on student support and teacher training has dropped.

"So despite the claim that this levy is for 'our children, ' district leaders have demonstrated that it is not about our children, " Citizens Leadership says on its website. Frequent schools critic Diane Hallum is treasurer of the PAC.

"Drawing conclusions and making strong assertions based strictly on data, without questioning events behind the numbers, misleads voters, " Gainer said.

Voters will decide Tuesday whether to approve the new tax, which will appear as Issue 2 on the ballot. It would cost property owners an additional $210 a year for every $100, 000 of home value and would generate $6.3 million a year for the district to spend on day-to-day operations.

Gainer has said that failure of Issue 2 would require significant cuts, including teacher and staff reductions, because the district made $3 million in cuts last year.

1. Administrative costs are rising. Citizens Leadership, using numbers from the state education department, says administrative costs for each student have risen by 52 percent over the past few years, from $2, 200 in 2010 to $3, 300 in 2014.

District response: Gainer said the number of district administrators "has been consistent" over the past five years. But administrative costs, as tracked by the state education department, include not just salaries but also planning, research, information services, human resources, data processing, payroll services, communications, legal and auditor fees, money paid to Cuyahoga County for property tax collection and any cost not associated with student education.

Gainer said administrative costs have risen significantly in recent years due to increased spending on lawyers for recent labor negotiations. In addition, the county has raised its fees for collecting property taxes by about $600, 000.

District response: Gainer said spending on instruction has actually increased by only 3 percent. He acknowledged that is a "drastic reduction" in growth

"Ms. Hallum (of Citizens Leadership) incorrectly assumes that the low growth from 2010 to 2014 is due to money being diverted away from the classroom, " Gainer said. "The truth is that in 2014, teachers were not paid two months out of the year ... which skews the numbers."

Gainer said teachers, as part of union negotiations, agreed to move two months of their 2014 salaries to 2015. The move decreased 2014 spending on instruction and student support by almost 20 percent.

3. Did the district cut programs and teaching staff?

Citizens Leadership says the district asked voters to approve a 2011 tax so it would not have to cut classroom programs and teaching staff. However, the district ended up cutting programs and staff anyway, while administrative costs rose.

District response: Gainer said the district cut no programs after voters approved the 2011 levy. As for teachers, he said the district had 486 teachers in 2011-12 and 481 teachers at the end of the 2013-14 school year. He didn't say whether teachers were laid off or if positions were reduced through attrition.

"As student enrollment declines, some staffing reductions may be made to be fiscally responsible and efficient, " Gainer said.

4. How many school taxes are already on the books in the district? Citizens Leadership says Cleveland Heights-University Heights residents are already paying on 12 school taxes. The PAC says the district is among the top 1 percent of districts in the state when it comes to collecting tax money, yet ranks 578 out of 611 districts in the state in school performance scores.

Actually, according to numbers taken from the Ohio Department of Taxation, Cleveland Heights-University Heights residents are paying on at least 13 taxes - including one from 1976 that consolidated previous taxes - plus a bond issue. The district is the third-highest-taxed in the state, behind Shaker Heights and Ottawa Hills school districts. Property owners pay about $2, 500 a year for each $100, 000 of home value.