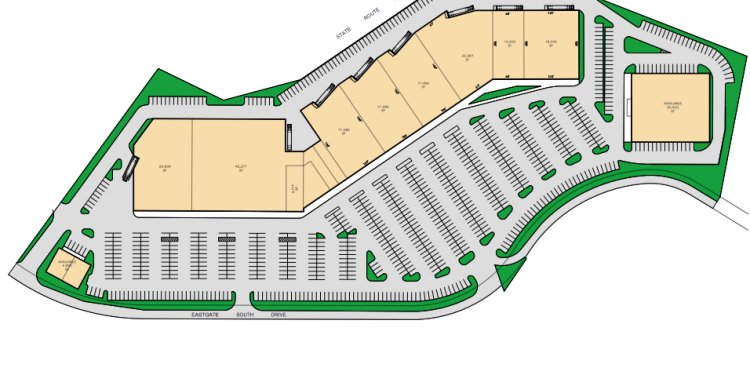 Representatives of UMB Bank and Lapis Advisors were in town Thursday to meet with city officials and developers to talk about the towering retail center at the intersection of Cedar and Warrensville Center roads. The behemoth is home to Macy's and Target, which own their own spaces; Applebee's is still there, but T.J. Maxx plans to move to South Euclid.

Owners plan to sell the center.

"We have heard varying ideas for redeveloping the property from several developers - some further along than others, " said Kjerstin Hatch, managing principal for Lapis.

Hatch said most ideas "involved a housing component" for the empty space. But that Macy's and Target plan to stay.

In Mayor Susan Infeld's State of the City address earlier this month, she eluded to the "possible conversion of the empty retail buildings into apartments for senior housing" which she called "an exciting prospect" and that "the city is hopeful for a future of productive use for this valuable property."

This month, Cuyahoga County Judge Nancy McDonnell paved the way for a sale when she approved a settlement and dismissed a foreclosure UMB filed in 2015 to protect its $12 million mortgage.

The Minneapolis-based UMB is looking for a new owner who will redevelop the property. Tied to the deal is San Francisco-based Lapis Advisors, which holds the $40 million bond used to build the 2, 000 car parking structure at the shopping plaza in 2001.

Hatch said Lapis and her counterparts at UMB will "likely identify a real estate professional in the next two of three weeks to handle the sale of the property."

Lapis, which specializes in "broken bonds, " can hold the note long term, but Hatch said it is likely the company will sell it off "to a more traditional investor."

"Everyone wants to be a good steward to this corner, " Hatch said. "We (UMB, Lapis and the city of University Heights) want to see a serious and worthwhile group that is committed to making a go of this property step in and we will help with that transition however we can."