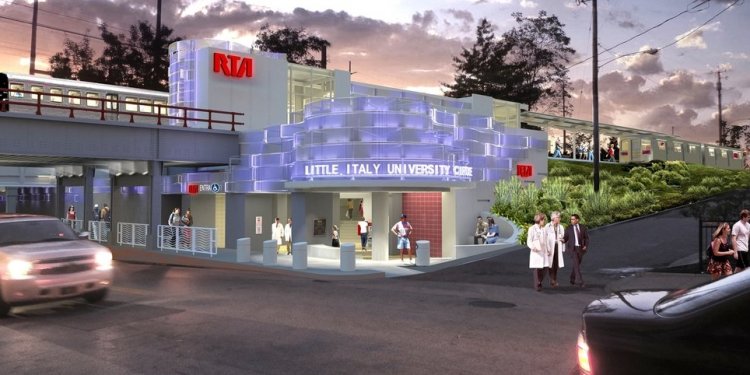 The station sits on the northwest corner of the intersection of West 150th Street and I-71, in Cleveland's West Park neighborhood.

In 1966, the station was built on 6 acres of land. Some RTA land is leased to the PNC Operations Center and La Quinta Inn. The station received a complete $9.54 million makeover and was re-dedicated on May 17, 2011.

About 900 people board there daily, placing the station as one of RTA's top five for Red Line ridership.

Dr. Murphy Ajayi developed a design called "Motion, Cyclones, and the Community, " an outdoor mural which he said, "celebrates excellence in creativity in all spheres of educational and community empowerment, advancement, and entrepreneurship in the neighborhood and Cleveland areas."