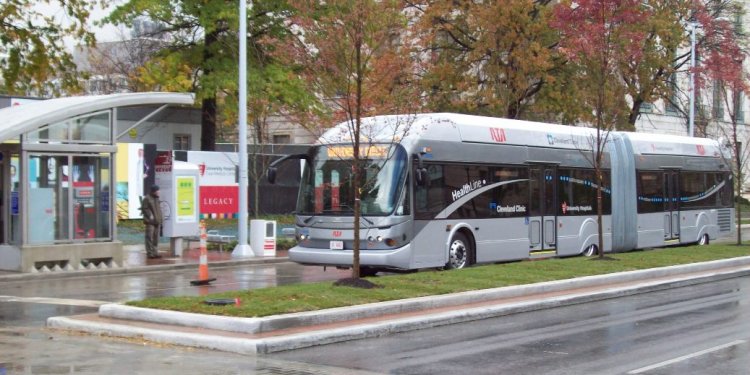 Three months after the renovated square was set to reopen to bus traffic, Mayor Frank Jackson has announced that will not happen.

In a hastily called press conference late Tuesday, Jackson issued the final decision on what has been a hotly contested debate: Public Square will not reopen to buses.

"RTA and the city of Cleveland have been meeting for some period of time over this issue as to whether or not Superior Avenue would be open or closed to bus traffic or all traffic. Today, we've agreed that in the best interests of Cleveland, in particular, the people of Cleveland, the general public - whether they're Cleveland residents or not, it would be best to keep Superior Avenue closed, " Jackson said.

RTA CEO Joe Calabrese said this solution will be a better one for RTA, and that the transit authority will work to create operational efficiencies outside of Public Square to lessen the impact a closed Superior Avenue has on the system.

"We've been working cooperatively for the past several months to find a best plan to make Public Square all it can be for the people of Greater Cleveland and also enhance RTA, " Calabrese said. "We certainly love Public Square. We think more people will come down to Public Square. We hope they take RTA to get there."

"We see some strategies that have been used successfully in Cleveland before. We can make changes to those corridors outside of Public Square to more than make up for any inconvenience not going through Public Square will present to our customers, " Calabrese said.

RTA hopes to employ traffic signal prioritization and to create dedicated bus lanes to reduce the impact of a closed Public Square. During the planning stages of the Public Square renovation, a study by consulting firm Nelson Nygaard estimated that RTA would lose $2.6 million a year if the square were to be closed to buses.

"We certainly want an open Public Square; we want people to come down and enjoy it. From RTA's perspective, we don't want that to be an operational drain on us or our customers. If we can accomplish the best of both worlds, which we think we can, why not do that?" Calabrese said.

RTA will work with the city's traffic department for the next 10-14 days to devise a plan to submit to the Federal Transit Administration. The FTA - which gave money to RTA to create a "downtown transit zone" that ended in Public Square as part of the HealthLine's development - put RTA "on notice" in August over claims that RTA is not upholding its end of the deal by not using Public Square as a hub.

Once that plan is approved by the FTA, the city will move forward on further redesigning Public Square - a process that will involve additional costs, specifically to remove the portion of Superior Avenue that crosses Public Square.

The mayor said there has been no formal polling to gather public input on whether Superior Avenue should be closed to buses, but said his office has received a lot of calls from people in favor of a closed Public Square.

Throughout the planning of Public Square's renovation, Jackson expressed his support for a unified square - one without bus traffic interrupting the green space. When asked if it was his plan all along to keep buses out of the square, he said, "Everybody knows the conspiracy, don't they? Everybody can believe whatever they want to believe. It was not that."

Rather, he said time and public opinion were among the reasons for the city's decision to detour nearly 1, 000 buses around Public Square each day.

"Time. Time changes a lot of things. And circumstances. There was always a conversation about keeping Public Square as a unified square without any traffic going through it. Once the ribbon cutting occurred, that conversation intensified, " Jackson said.

He said safety also was a consideration. Because the square opened without buses traveling through it, people in the square would have had to adjust to bus traffic, increasing existing concerns about large numbers of people interacting with public transit vehicles.