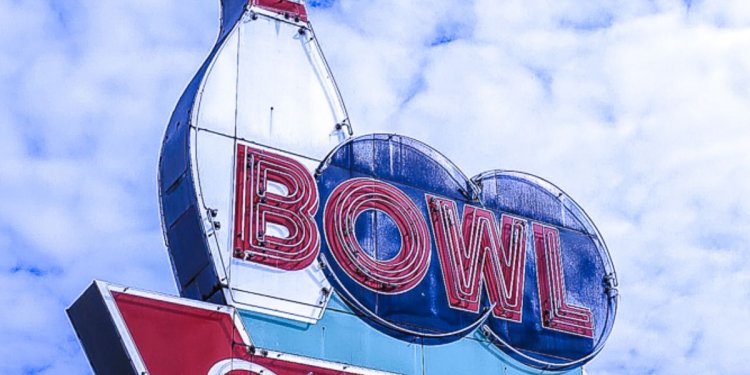 There was a time when Cleveland was at the back of the line when it came to hot new national concepts. Our lot in life seemed relegated to the same bland brands that peppered every other suburban mall and lifestyle center — the Bravos, Brios, California Pizza Kitchens and Cheesecake Factories of the world.

That's no longer the case as outside investors increasingly place Cleveland — as in downtown Cleveland — on their short list of planned locations. That certainly was the case with Punch Bowl Social, chosen by Nation's Restaurant News as a Breakout Brand of 2015. When it opens this summer, the Flats East Bank location will be only the fifth for the red-hot Denver-based concept, ahead of forthcoming spots in Seattle, Pittsburgh and San Francisco.

Punch Bowl Social combines under one very big roof a restaurant, bar, bowling alley, and pinball and video game arcade along with other social activities like shuffleboard, Ping-Pong and private karaoke rooms. At first blush, the 27, 000-square-foot complex might sound like a Dave & Buster's retread, but in terms of execution and experience, the two concepts are night and day.

The contemporary "dirty modern" aesthetic combines industrial, Victorian and modern design elements. Well-defined zones for various activities help to reduce the overall scale of the space. In addition to the sprawling street-level facility, Punch Bowl will boast a 4, 000-square-foot rooftop bar and patio overlooking the Cuyahoga River and Lake Erie.

These high-concept "eatertainment" venues — large-scale developments built around social activities like bowling, arcade games or bocce ball — are popping up in cities everywhere. Part of the appeal is driven by a healthy dose of nostalgia; what's old is new. But the biggest driver, says Thompson, is the millennial generation.

"I think the gaming trend is being driven by millennials, " he says. "Millennials are social animals. We've never seen a generation that is as interested in sharing their social activities with their peers, and then sharing those activities with strangers on social media, than this one."

The idea, of course, is to lure guests in the door by offering a wide range of attractions, be it food, drink or fun, and keeping them pleasantly distracted for long stretches of time.

"One of the concepts I talk about is the 'sticky factor, '" Thompson explains. "You don't just pop into Punch Bowl Social, grab a quick beer and leave. You end up drinking, eating and playing for hours. It's sticky; it's hard to get out, there's always something else to do."

The weak link in many of these modern-day fun zones is often the food and drink. The destinations typically are run by large management groups with little tolerance for high food and labor costs. What visitors get is a predictable menu of pub food prepared by an unremarkable staff. Thompson says that Punch Bowl Social is different because of him.

"I've been doing separate versions of this forever, " notes Thompson. "I've run high-volume bars with entertainment for years. I've also opened award-winning boutique restaurants. I really wanted to bring all those concepts together in one package."

Heading up the food portion of the package is company culinary director Sergio Romero. Prior to joining PBS, Romero worked at the well-regarded Taos restaurant Joseph's Table. He later teamed up with Thompson to open Argyll gastropub in Denver, which went on to snag a "Best New Restaurant" award. He'll partner with his Cleveland-based executive chef to craft a "gastro-diner" menu similar but not identical to other locations.

"Gastro-diner, to me, means preparing elevated comfort food in a way that appeals to the foodie, the peasant and the prince, " Romero explains. "We cast a wide net at Punch Bowl Social, which helps me to make a broad spectrum of guests happy."

Come in for breakfast (served until 3 p.m.) and you might choose between smoked brisket hash, huevos rancheros or biscuits and gravy. The lunch and dinner menu might offer cauliflower nachos, vegetarian entree salads, chicken and waffles, and half-pound, build-your-own burgers built from locally sourced grass-fed beef. Family friendly weekend brunches are a large component of the operation as well.

Thompson says that Cleveland has been on his radar for almost three years, and the urban-based Flats East Bank location was particularly appealing.

"We like to be part of these neighborhood resurrections, " he says. "There is really something happening here. There's a lot of energy and development taking place."

Unwind at our Embassy Suites by Hilton…
January 9, 2020