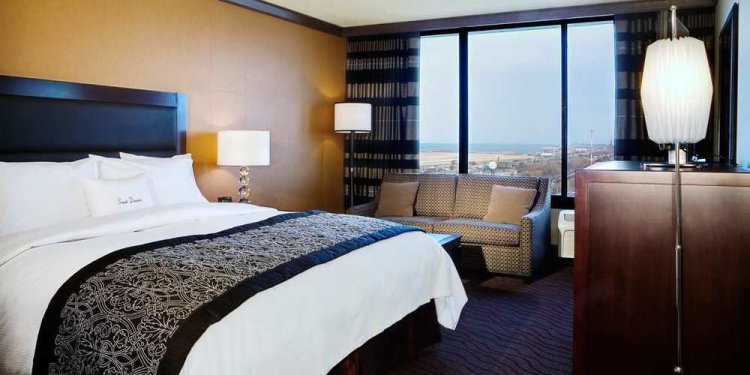 
Stayed at this location based on the close proximity to First Energy Stadium. Revews were ok so we. Ooked it. The heater smelled like urine when it ran so we kept of off most of the night despite the cold temps. We went to dinner at the hotel restaurant and it was by far the worst dining experience we've had in years. We set down to eat shortly before 7 and our food finally arrived at 8:24. It was not the servers fault at all. The issue is that she was the ONLY server and was the hostess as well. She seated and waited on the entire restaurant. Completely understaffed, especially with a football game the following afternoon. The food was bad as well. My fries has barbeque sauce from somewhere wiped on half of them. My wifes quesadillia was disgusting. No refills the entire time. I have never written a hotel review before, but this was soo bad we feel others should know.Nice hotel and fixed an issue we had, pool was cold lolPerfect location for the browns stadium. Not tons to do around the area but it's just a short Uber ride away from the bars and restaurants.A bus of fans in for the Browns-Steelers game unloaded just prior to us getting to the front desk. The people at the front desk handled the mass of people very well and we waited no longer than 10 minutes to get checked in.
Source: www.hotels.com