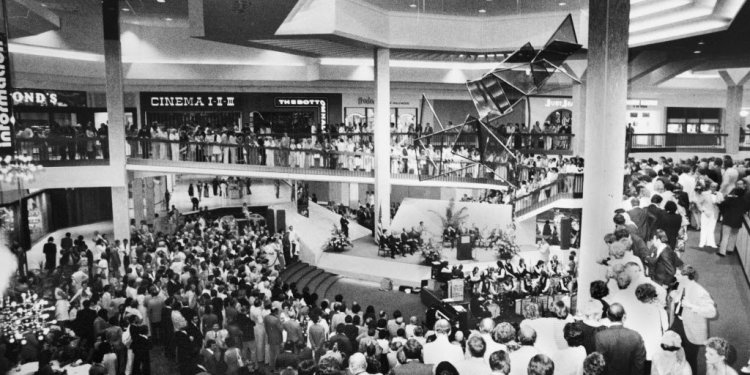 The rotting malls and town centers residents abandon as they sprawl to newer and farther suburbs become the blight of a region, a recurring cycle of waste that leaves the region pock-marked with empty parking lots and caved in roofs.

By 2000, Northeast Ohio had amassed one of the largest surpluses of retail space in the nation, according to a report by the Cuyahoga County Regional Planning Commission. Even as what was once the largest mall in the nation sat half empty in North Randall, development plowed on, at Legacy Village and SouthPark and Crocker Park.

Oh, how history repeats itself.

A report published this month by international real estate firm CBRE found that retail vacancy rates in Cuyahoga County were again on the rise after falling after millions of square feet of shopping space was abandoned from 2009 to 2014.

Retail vacancy rose 3 percent in Cuyahoga County and 2 percent in Summit County this year, opposite positive trends in surrounding counties and nationwide; The International Council of Shopping Centers reported this month that shopping centers across the U.S. have filled more stores this year than last.

As income inequality in the region grows, so does the gap between shiny, successful new shopping attractions and weed-choked, boarded-up, abandoned buildings in struggling neighborhoods.

From 2000 to 2007 the amount of retail space in Northeast Ohio grew 22 percent, while at the same time population dropped about 1 percent.

That growth was on top of already bloated shopping spaces. The 2000 Cuyahoga County study found each Northeast Ohio resident had 39 square feet of retail, more than double the national average of 16.5.

Clevelanders' appetite for new shopping centers seemed only to be eclipsed only by their appetite for football and LeBron James.

Still, shoppers' thirst wasn't enough to save Randall Park Mall, which was half-empty by then, or Rolling Acres in Akron.

Out with the old, in with the new

The gap between newer shopping centers and their older counterparts continues to grow.

Shopping centers that were built before 1990 collected an average rent of just under $13 per square foot this year, while those built since 1990 took in over $20 on average, according to CBRE's report.