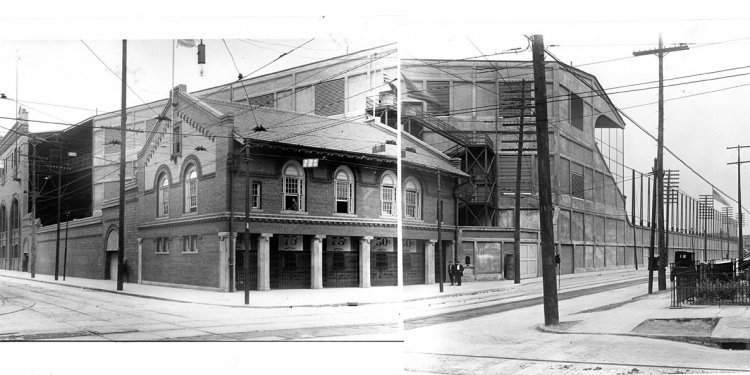 The first land for the park adjacent to Cleveland School, less than an acre, was acquired by the park board on November 16, 1949. The purchase followed long negotiations with property owners. The first parcel of land cost the park board $10, 513.

Attempts to create a neighborhood park and playground in the vicinity had a long history. In December 1926, the park board had designated for acquisition as a park the block between 34th and 35th Avenues North from Russell to Sheridan Avenues North. Those proceedings were abandoned late the next year without explanation by the board. The neighborhood had been identified as one that needed a playground in the park board’s 1938 annual report

After the first land for the park was purchased in 1949, the park board continued negotiations to acquire more, but failed to add to the park. The park board then proceeded with plans to develop the small plot it owned in conjunction with the school board in 1951. There the matter rested until eight years later.

Through most of 1959, the board tried again to purchase land to expand the small school playground. It finally reached agreement with the owners of adjacent land to purchase three more lots, just over ½-acre, for $13, 500 in early 1960.

In the face of intense protests from neighborhood residents against acquiring and improving the land as a park—and assessing the costs on area landowners—the park board decided to proceed with the purchase and improvement of the park in early 1961. While park board proceedings record petitions with hundreds of signatures against the park, it received only two petitions in favor of the park—from the Cleveland School PTA and the Jordan Junior High School PTA. Those opinions ultimately prevailed after public hearings. In announcing its decision to proceed, the park board said that the park was “in the best interests of the community.”

A “totlot” for smaller children was added to the park in 1973 and the shelter and wading pool were renovated in 1977. When the new Lucy Laney Craft School was built to replace Cleveland School in 1993, the park board renovated the park layout. One interesting addition to the park at that time was an eight-foot-high basketball hoop on a hard-surface court area, one of the only baskets in the city where most people could dunk a basketball.