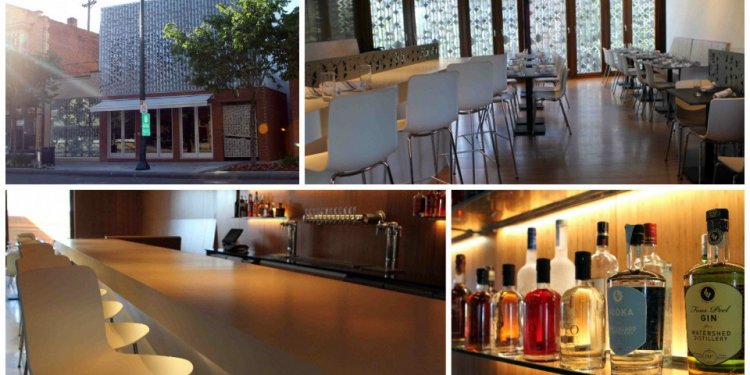 CLEVELAND, Ohio - The short, ever-changing menu at Toast, which opened in 2013 in Gordon Square, is a vision of hyper-freshness and hyper-locality.

On my most recent stop, for example, a chef burst through the door with a tray of turnips he'd plucked from the plot he tends across the street. Beaming like a new dad, he paused at the bar to show off the plump, leafy veg - dirt still clinging to the bulbs - to the oohs-and-aahs of a middle-aged couple.

His exuberance also served as a useful marketing ploy. Freshness is the second-most important reason for choosing a restaurant, claim market researchers. First is price, which climbed just 1 percent at Northeast Ohio eateries from March to May, according to the Bureau of Labor Statistics.

Be aware, however, your bill can rise quickly at Toast. That's because the menu, which shifts every couple of weeks, is structured in a way to encourage you to scale up from "Small eats" to "A bit more" to "A tad larger." Small, bit and tad are apt descriptors: Toast's portions are quite modest. I'm surprised, for example, at how small a ramekin of asparagus tips, radish and rhubarb is. It's unlikely you'll be leaving the restaurant with a container.

Even so, portion size isn't the only reason why food disappears quickly from plates. There's also the matter of flavor, courtesy of co-executive chefs Jennifer Plank, 24, and Joe Horvath, 25.

The command of their craft is evident throughout the menu. Consider the signature Trio of Toasts ($5-$7), a good way to start a meal. I liked the combination of Cheddar cheese, strawberry jam and fresh strawberry, which topped excellent bread one night, and piquant peas in yogurt sauce, on another. (Not every topping works. Chicken salad on toast tasted flat.)

Toast's 56-bottle list is reasonably priced and sufficiently global, with most bottles selling for $40 or less. While the list includes plenty of reds, the only California Cabernet Sauvignon I spotted was from Obsidian Ridge ($50).