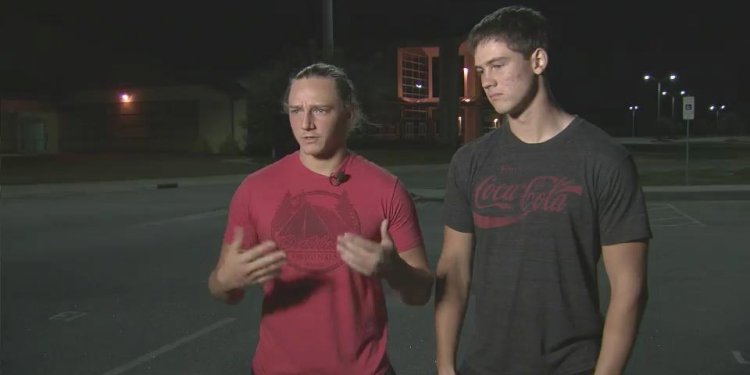 
The mother of a Cleveland High School varsity football player says her son was brutally attacked in the boy's locker room on Tuesday.

The mother, only identified as Julie, spoke exclusively to ABC11 about the details of that attack.

"It's not like a simple punch to another kid. No! It's something like a criminal, " she said.

According to Julie, her son was in the locker room when another 15-year-old freshman student attacked him from behind. The attack left Julie's son unconscious for approximately 45 minutes. She says Cleveland is a good school, but the football team has had problems in the past.

After the alleged attack, Julie's son was hospitalized with injuries to his face and jaw. He had to have reconstructive surgery and screws put into his jaw. Her son, who plays linebacker and safety, will be on a liquid-only diet for at least a month.

There is no timetable for his return to school, although she says school administrators will have her son do coursework from home.

Julie says the school immediately called her after the incident instead of calling 911. Officials with the school, however, say after they called the player's parents and learned Julie called 911, there was no need for them to contact the authorities.

The alleged attack will leave her son out of uniform for the foreseeable future.

ABC11 reached out to Cleveland High School for a response to the allegations. Principal Kendrick Byrd replied:

"This is an unfortunate and regrettable incident that deeply saddens me. Our students are top notch in the classroom and on the athletic fields and this incident does not reflect our entire student body. As we move forward, additional measures have been put in place to ensure this type of incident does not occur in the future."