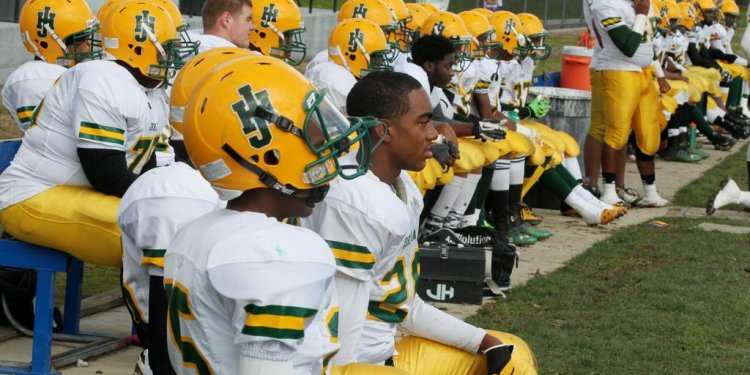 CLEVELAND, Ohio – It's finally time to reveal the top 10 area high school football players over the past 50 years, concluding the five-day PD50 series.

And don't miss Friday's Plain Dealer for a spread on the entire series.

What do you think of the picks? We welcome your take in the comments section at the bottom of this post.

Notable: One of the most dominant defensive linemen in Ohio high school history. Managed 60 solo tackles, 42 assists and 22 sacks his senior year despite being double- and triple-teamed. Ohio lineman of the year, two-time All-Ohio selection and finished second in Mr. Football voting. Had an All-Big Ten career at Michigan.

Notable: He was a national high school All-American and had seven interceptions his senior year. Clements holds the school record with 14 career interceptions. An exceptional athlete who had great poise on the field. All-Big Ten at Ohio State and an All-Pro in an NFL career that began in 2001.

Notable: McDuffie's 108-yard interception return for a touchdown is the longest in Ohio history (he's tied with two others). McDuffie set Hawken's record for career all-purpose yards with 7, 302. He ran for 1, 330 yards on 174 carries, caught 33 passes for 449 yards, intercepted six passes and led the area with 136 points his senior year. After an All-American career at Penn State, McDuffie played nine years with the Miami Dolphins.

Notable: Was among the nation's fastest and most explosive high school players. A world-class sprinter in track, he was chosen as the national player of the year on defense by USA Today. Ginn intercepted eight passes as a senior, returning five of them for touchdowns. He continued his career at Ohio State. He was the ninth overall selection in the 2007 NFL Draft and currently plays for the Carolina Panthers.

Notable: An All-Ohio lineman. Said former John F. Kennedy coach Roye Kidd: "If I drew a picture of the perfect lineman, it would be John Hicks. The best lineman I've seen. He was very athletic. He was really outstanding skill-wise. He does things and you'd just shake your head and wonder how he did that." Went on to Ohio State and is the last lineman who was runner-up in the Heisman Trophy vote. Elected to the College Football Hall of Fame in 2001. Played professionally with the New York Giants and Pittsburgh Steelers.

Notable: Dowling holds the state record with 33 interceptions in a career. His 16 interceptions in 1964 ranks second all-time. At quarterback, he passed for 2, 603 yards and 39 touchdowns during his junior and senior seasons. Dowling averaged 37 yards as a punter. He played for Yale and finished ninth in the 1968 Heisman voting. Dowling had a brief stint in the NFL.

Notable: It almost seemed unfair - especially for opponents - as Cousineau used rare speed to move from sideline to sideline to make tackles on backs and receivers. The high school All-American became a consensus first team All-American in college who set several records for tackles at Ohio State. He is the only player on this list selected No. 1 overall in the NFL Draft. Cousineau began his professional career in the Canadian Football League before playing with the Browns and San Francisco 49ers.

Notable: Was an All-American and All-Ohio tailback his senior season. Rushed for 5, 392 yards over his career. Had 10 interceptions in 10 games as a senior. A big-play type of player on offense, as well as on defense. Howard went on to have a spectacular college career by winning the Heisman Trophy at Michigan and a Super Bowl MVP with the Packers. Is a member of the College Football Hall of Fame.

Notable: Was Ohio's high school lineman of the year and a national All-American. Considered the most dominant defensive lineman this area has ever seen. Was nearly impossible to block, despite getting double- and triple-teamed. Achieved a rare feat at USC by becoming a starter as a freshman. Selected as the fifth pick in the NFL Draft and played 13 years in the NFL.

Notable: The elusive and blazing runner was a two-time Mr. Football winner, Ohio's top award. After averaging 8.8 yards per carry as a junior, Smith ran for 2, 042 yards and 31 touchdowns his senior year. He finished his career with 5, 318 yards and 71 touchdowns. Played at Ohio State and eight years in the NFL. See Friday's article about Smith's selection as No. 1 here.