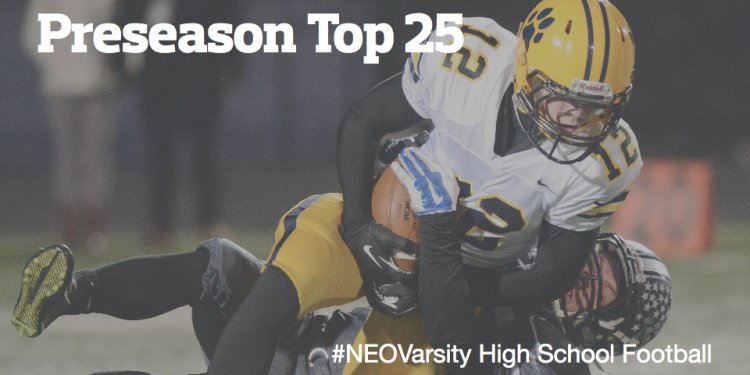 CLEVELAND, Ohio - The reflection of Lake Erie and Burke Airport that bounced off the windows of Robert Smith's rental car during his cruise on Interstate 90 mirrored a past that remains imprinted into his soul.

"Football has taken me to so many places and has done so many great things in my life, " said Smith, a former running back at Euclid High School, Ohio State and with Minnesota in the NFL. "Whenever I would come home and when people would say how proud they were of me, I knew how much it meant to have all of them [that helped me along the way]. You're damn right I'm a Clevelander, an Ohio guy, today, yesterday and for as long as I live."
Reflection, celebration and inspiration permeated The Plain Dealer Top 50 High School Football Players tribute on Saturday at the Barley House sponsored by the Cleveland Touchdown Club Charities and Independence Excavating.
Smith (voted No. 1) was among a group of former high school stars who received plaques as members of an elite group.

The Plain Dealer formed a committee last fall where 50 players from 1963-2013 were selected from the paper's seven-county coverage area (Cuyahoga, Geauga, Lake, Lorian, Medina, Portage and Summit). The player's achievements in high school was the sole criteria for the selection committee. His college and/or NFL career didn't matter.

Glenville's Ted Ginn, Roye Kidd (JFK), John Storey (VASJ), Tom Banc (Euclid) and John Gibbons (Lake Catholic) were among a host of past and present prominent high school coaches in attendance. Sports historian Tim Hudak and I were the co-hosts of the event.

One of the best things about the event for Whitner, a defensive back for the Browns, was confirmation about the talent from this area.

"I'll put this list of top 50 players against any list in the country, " said Whitner, ranked No. 27. "This list of players is so great that the guys on honorable mention are impressive. Not even Troy Smith, a Heisman Trophy winner, made the final 50 ... This was a great event and it was great to be apart of it."