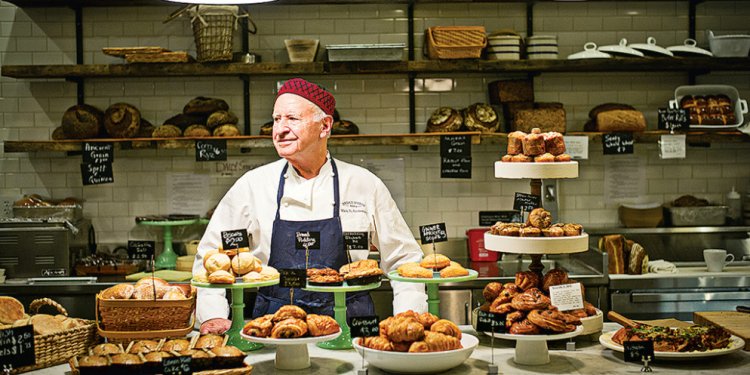 It's hard to perfectly translate the word "bindaas." The slang term from Mumbai wasn't officially recognized until 1993, but it's an answer to the everyday question, "How are you doing?" Perhaps "hanging loose, man, " or any other phrase that denotes feeling cool and carefree captures its spirit—and thus the spirit of Ashok Bajaj's latest venture opening Wednesday in Cleveland Park. It replaces the Bardeo half of Ardeo + Bardeo.

Unlike the elegant Indian ballet that is Rasika or the white-tableclothed show that is Bombay Club, also owned by Bajaj, Bindaas will be an easy, graffitied place to pop in for street food priced at - per plate. "We're not doing any curries here, " Bajaj says. "This is the kind of food you eat by the roadside or you get those hawkers to come to your house to prepare it for you."

Dishes include a salmon kebab made fragrant with cinnamon and green chili; a chaat featuring creamy avocado; and a fish-of-the-day shallow fried in tamarind, fennel, and black pepper. These are all knife-and-fork snacks, but the Bindaas menu also includes kathi rolls. The warm, thick wraps come in flavors like South Indian lamb or Goan pork.

Bajaj isn't able to predict what will hook diners. "It's hard to tell what the most popular dish will be, like I never thought palak chaat or black cod would be it, " he says referring first to D.C.'s favorite nosh (the crispy spinach appetizer at Rasika). Group Executive Chef Vikram Sunderam and Bajaj conceptualized the Bindaas menu, but Executive Sous Chef Sunil Singh will man the kitchen.

The team is utilizing the former Bardeo kitchen to its fullest. For example, they will use the pizza oven to make naan—India's signature bread. "It's the first time we’re trying it, but it’s coming out well, " Bajaj says. "The dough’s the same, it’s cooking the same way, rather than having a barrel shape."

Bajaj predicts a buzzy bar scene. The drink menu includes Indian beer, Indian whiskey, 18 wines by the glass and even more by the bottle, plus four signature cocktails such as a chili-infused gin fizz. Cocktails and mocktails will incorporate Indian spices to compliment the food.

Martin Vahtra, a James Beard restaurant design award nominee, is responsible for the look of the 35-seat dining room and nine-seat bar outfitted in warm woods and pops of orange. Additionally, the street art dotting the walls and the open kitchen combine to form Bajaj's most casual, young-feeling restaurant to date. Another fun touch: Jars containing the 27 spices used most frequently in the kitchen are displayed in the dining room.

Bindaas will serve dinner nightly (with the bar staying open later than the kitchen), plus they'll offer an-all day menu on Saturdays and Sundays starting at 11 a.m. A limited number of reservations will be accepted through the restaurant's website.