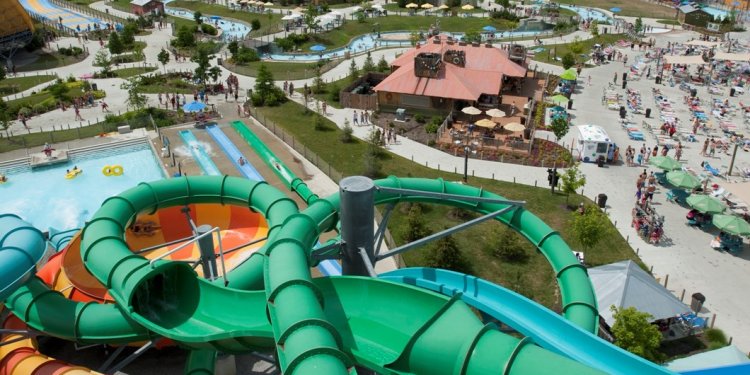 Nitty Gritty:
We were here on a Thursday afternoon and didn’t find it crowded. Admission is $12.25 for adults and $8.25 for kids 2 – 11. There is plenty of free parking. There is a food court with a Pizza Hut and McDonalds, plus plenty of other places to eat around the zoo. You’re allowed coolers and picnic baskets if you choose to have a picnic instead. It is very stroller friendly and you can even rent strollers.

The Fun:
We’ve been to a few zoos around the Chicagoland area, but have never seen any elephants. We were particularly excited to find out that the Metroparks Zoo had just opened a new African Elephant Crossing exhibit in May 2011 which highlights elephants. With only 2 hours until closing we immediately zipped to the exhibit only to find none of the elephants were out. Thinking the elephants were done for the day, we started heading elsewhere until we spotted an elephant at the corner of our eyes. My son’s eyes lit up as he kept saying “e-phant! e-phant! e-phant!” I think my husband and I’s eyes lit up as well as we’ve never seen an elephant so close. They were literally a few feet from us. We walked into the neighboring building and what a surprise it was when we saw 5 more elephants!!

We had a similar experience when checking out other animal exhibits. We were awed at how close we could get to the animals. From the sleeping koala bears an arm’s length away to the bears frolicking in the water, to the polar bear trying to catch some shade in the summer’s heat, we were always so close that it felt as if we were actually there with them.

Since the zoo is sprawling with hilly sections, we took advantage of the free trams to rest our weary feet. There are 2 tram routes – the blue tram to the Northern Trek and the red tram to the Primate, Cat & Aquatics. We enjoyed the short tram ride to the Northern Trek to see tigers, bears and wolves. The trams itself were clean and spacious with even room to stow away your stroller. Having been our first time at the zoo, I do wish they offered a narrative tram that gave you an overview of the zoo itself. Or maybe I’m just spoiled with our Brookfield Zoo in the Chicagoland area.

When glancing at the map, we saw that there was a train ride by the Australian Adventure. How could we not take the train ride? For a $2 train ticket around the Australian Adventure, we saw kangaroos and even camels. Unless you have a train obsessed kid (like we do), I would suggest skipping the train ride as it was too short and not very informative. The narration is basically a recording.